The winter highlight is Kronplatz with its endless leisure activities, like skiing, snowboarding, cross-country skiing, sledging, snow-shoe hiking, ski tours, ice skating or winter hiking including Après Ski, lots of opportunities to take a break and then there are the great shops in Bruneck (about 4 km away from Kronplatz)

Our Hotel at Kronplatz

The Brunecker Christkind market takes place every year in Bruneck, from the end of November until the beginning of January. Let yourself become enchanted by this Christmas market and its festive-like atmosphere of shining lights and the scent of spruce trees, seductive delicacies and jovial concerts.

Kronplatz is connected to the Sellaronda by bus and since 2014 to the Sextner Dolomiten ski resort with the Ski Pustertal Express. Even just the last addition expands your choice of slopes to over 200km!!!

Swimming and Wellness
Entry to the nearby new adventure swimming pool Cron4 with sauna and wellness area is reduced for our guests.

That's how Kronplatz presents itself, an incomparable panoramic mountain. 360° panorama with a distant view over the whole valley, from the Dolomites in the south to the Zillertaler Alps to the north. Blue, red or black slopes, there's something for every skier. A special highlight at Kronplatz is the Black Five: Kronplatz is one of the few ski resorts in the Alps that has 5 black slopes: Sylvester, Hernegg, Pre da Peres, Erta and Piculin

You can comfortably transfer by train from the Ried valley station at Kronplatz to the Helm valley station at the entrance to the Sextner Dolomites. Guests have the opportunity within less than 30 minutes to access more than 200km of slopes with a single ski pass.

News for our museum lovers directly at Kronplatz:

MMM Corones – South Tyrol's highest museum: In July 2015 the sixth and final Reinhold Messner Museum was opened directly at the summit of the ski mountain Kronplatz at 2,275m. It is dedicated to the topic of "Rocks" and the lives of mountaineers with its unique view of the Dolomites.

Our comfortable Hotel Garni is located in the popular tourist resort of Reischach near Bruneck and just 100m away from the Kronplatz cable car facility.
Spoil yourself with homemade delicacies for breakfast and enjoy the easy-going atmosphere within our house.
Here you'll find modern rooms and holiday apartments of various sizes. Convince yourself.

We are looking forward to your visit! 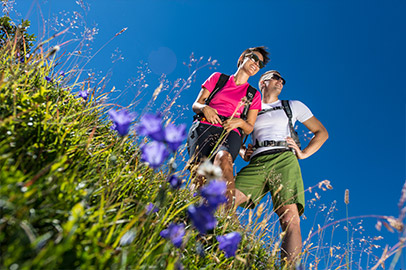 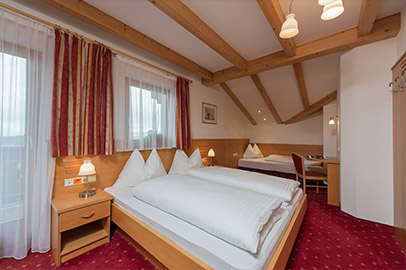